Unique Accordion All Over The World (My New Product) 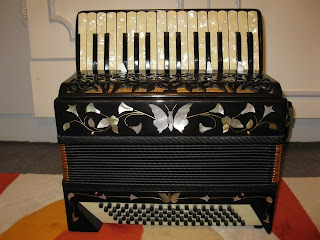 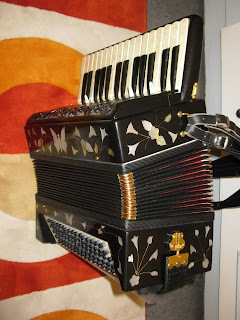 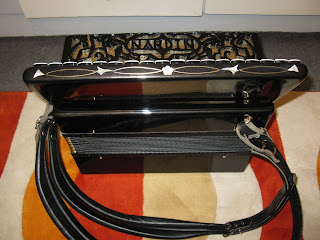 I worked On It For About One Year In My Spare Times. 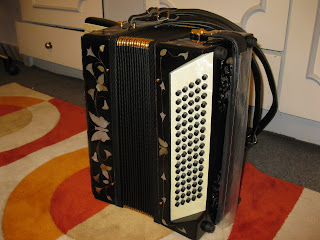 Posted by Nardin Gallery--Free Reed Instrumens at 1:10 AM 3 comments: Links to this post 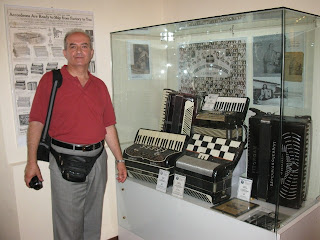 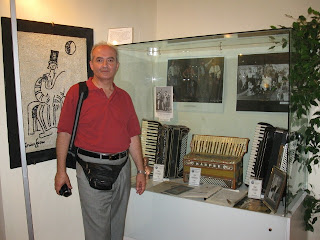 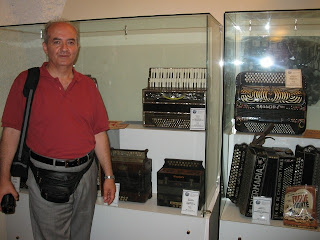 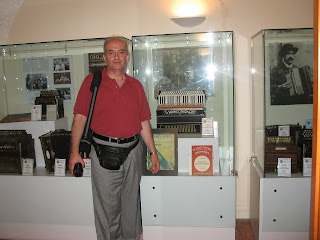 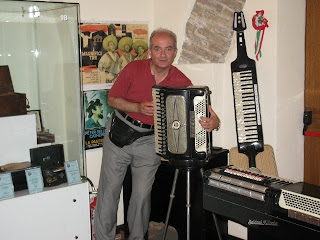 Also see my post about trip to Castelfidardo in previous pages.

Posted by Nardin Gallery--Free Reed Instrumens at 11:44 PM No comments: Links to this post

In Memory Of Art Van Damme (From : Accordions.com) 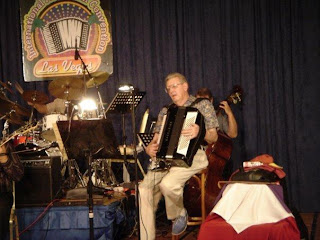 Art Van Damme (1920-2010), California – USA
Born April 9th 1920 in Norway, Michigan, and brought up in Chicago, Art Van Damme took up the piano accordion in 1929 at the age of nine, and was classically trained before discovering jazz as a teenager – inspired by the recordings of Benny Goodman. In 1941 he joined Ben Bernie's band as an accordionist, then from 1945 to 1960 he worked for NBC, performing on ‘The Dinah Shore Show’, ‘Tonight’, ‘The Dave Garroway Show’, and other radio and TV shows with Garroway.He recorded 130 episodes of the 15-minute ‘The Art Van Damme Show’ for NBC Radio, and from the 1940s onwards also enjoyed a successful and extended recording career. Van Damme toured Europe and was also popular with jazz listeners in Japan, and regularly won the US ‘Downbeat’ magazine reader's poll for his instrument. He also toured in Russia and New Zealand. In 2005, Art Van Damme, Myron Floren and Dick Contino – three all-American accordion legends – were all honoured at the Las Vegas Accordion Convention, and the following year Art was the chief guest at the ‘Accordions International 2006’ festival, held at Caister, UK.Art Van Damme, in his prime years, played so many gigs in clubs, hotels and concert stages across the USA and Europe that it is said that he never needed to do any practice. He was constantly in action, developing and honing his skills and repertoire, pioneering the use of the accordion as a jazz lead instrument. So influential was Art’s playing style that he has influenced most of the western world’s jazz accordionists. One musicologist made the following neat comment: “The hippest cat ever to swing an accordion, Art Van Damme dared go where no man had gone before: jazz accordion”.Art Van Damme died on February 15th 2010. He was 89 years old, and had been ill with pneumonia for several weeks. He had three children and six grandchildren. Although he had retired to Arizona then Scaramento, California, he continued to perform nearly to the age of 90.
Posted by Nardin Gallery--Free Reed Instrumens at 1:20 PM No comments: Links to this post

Happy New Year.I Hope You All The Best & Happily Squeezing In 2011.
Nardin Gallery, 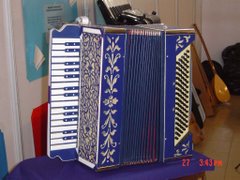 One of my products